As the U.S. Government depleted the last of its stocks of silver in the 1990’s, China, India and Russia supplemented the market over the past decade. 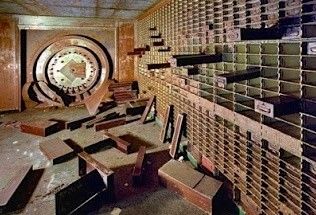 The Central Bank policy of dumping precious metals onto the market to rig prices has come to an end.  Soon, Central Banks will no longer have the ability to control the paper price of gold and silver as true market fundamentals will finally kick in.  Unfortunately, when the decades long market rigging of the precious metals finally ends, most investors will not be prepared.

When we talk about Central Bank precious metal sales, most investors think of gold.  However, Central Banks supplied a great deal of silver into the market over the past 50+ years.  The United States was the world’s “Silver Sugar Daddy” during the 1960’s.  I am putting together THE SILVER MARKET REPORT explaining this in detail.

As the U.S. Government depleted the last of its stocks of silver in the 1990’s, China, India and Russia supplemented the market over the past decade.  This chart below, is from my THE SILVER CHART REPORT showing the Net Government Silver Sales since 2003: If we combine Central Bank gold and silver sales over the same time period, we find a distinct change: Of course, some investors would call this “manipulation hogwash”, but I can assure you… without Central Bank dumping of gold and silver on the market, the global fiat monetary system would have likely disintegrated years ago.

Now, let’s look at the gold and silver bars on the right hand side of the chart.  After the collapse of the U.S. Investment Banking System and Housing Market in 2008, Central Bank gold sales dried up and silver sales declined significantly.   From 2009-2014, Central Banks only sold 1.1 Moz of gold and 86.2 Moz of silver.

However, this is only part of the picture.  While Net Government Silver sales continued until 2013, Central Banks actually starting buying gold in a big way in 2011.  If we look the chart below, we can see the big change in Central Bank net gold purchases starting in 2010: NOTE: Net Central Bank gold purchases shown in red are negative, because these figures represent sales into the market, while the gold-colored bars represent net purchases.

I believe the Central Banks (especially in the West) have run out of gold and silver to dump on the market.  Thus, the END GAME for Central Bank precious metal rigging has arrived… it’s just a matter of time.

The huge volatility we are now experiencing in the oil and broader stock markets indicates BIG TROUBLE AHEAD.  While some investors think it will take many decades for the Fiat Monetary System to unravel, I believe it’s just a matter of years…. maybe less.

If we see a serious collapse of the broader stock markets this fall, investors will likely ramp up their precious metals purchases in a big way.  This will make the present shortage in the retail silver market even worse, thus causing it to spill over into the retail gold market.