The U.S. exported so much gold over the past three years, it suffered a deficit large enough to equal two years worth of its domestic mine supply.

As the death of the world’s reserve currency grows closer, the U.S. continues to export one hell of a lot of gold.  Matter-a-fact, the U.S. exported so much gold over the past three years, it suffered a deficit large enough to equal two years worth of its domestic mine supply.

This should be no surprise to precious metal investors as 99% of Americans continue to believe DEBTS are ASSETS.  I mean, why should Americans invest in the barbarous gold relic when their wealth comes much easier via their monthly retirement statement?  Sure, their retirement balance continues to go down each month, but this is just a mere setback.  Nothing to worry about, especially when they vote in Donald Trump as President…. double and triple digit gains for everyone.

Well, that sounds real nice until you look under the U.S. Financial hood and see what’s going on with the Federal Reserve Motor.  I would recommend anyone who hasn’t seen the video by John Titus at Best Evidence called, Fed Audit Shocker: They Came From Planet Klepto… to watch it several times.

The world is waking up more each day to the massive amount of fraud taking place at the Fed and its member banks.  At some point, the Dollar will lose its reserve currency status, thus waking up Americans from their 45 years of Gold Amnesia.

Getting back to the data, let’s look at the following two charts: 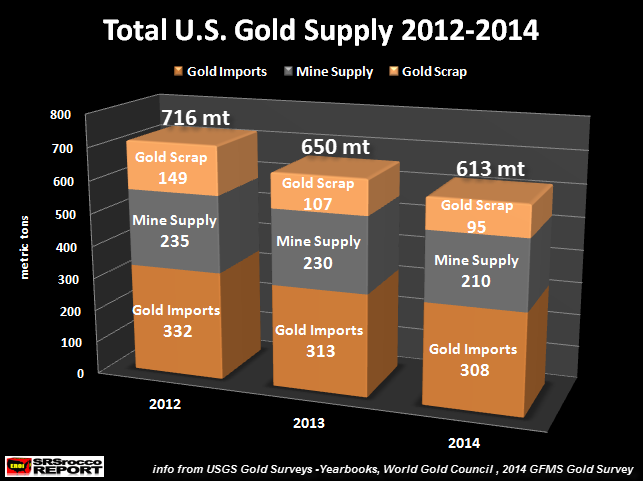 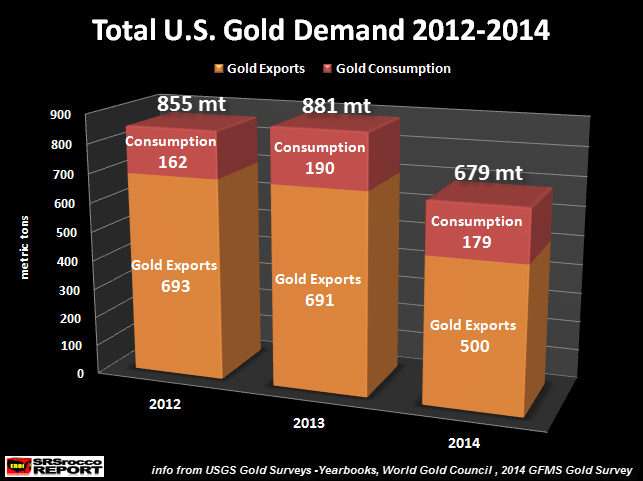 If we combine the data from the two charts above, we have the following result: 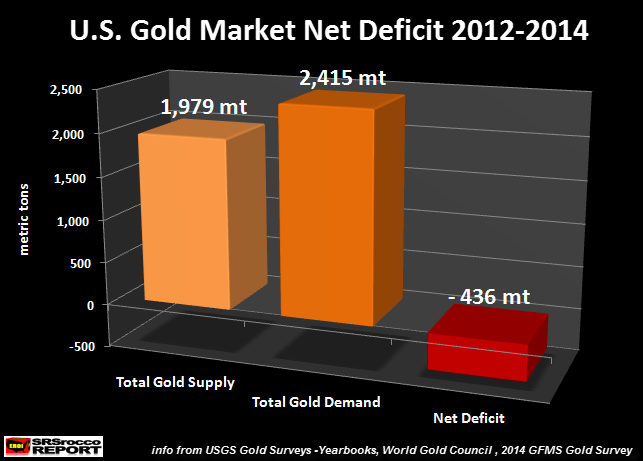 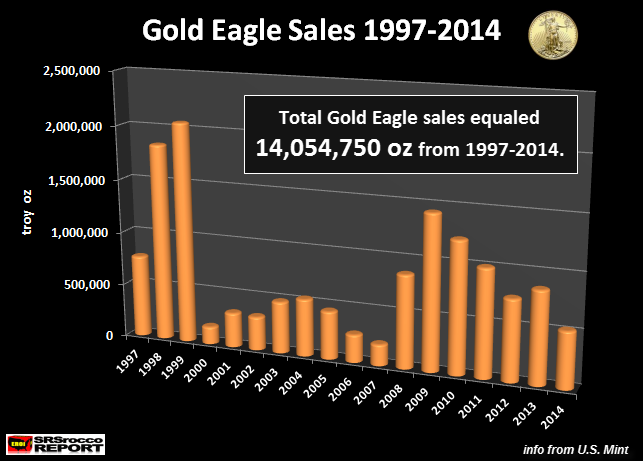 As we can see, the U.S. Gold Market deficit equaled all Gold Eagle sales since 1997.  Another important takeaway from the chart above is the huge increase in sales when investors are worried about the financial system.  This occurred in 1998-1999 due to the supposed Y2K scare and in 2008-2009 when Americans thought the U.S. market and banking system was imploding.

Another eye-opening way to look at the three-year U.S. Gold Market deficit is how it compares to domestic mine supply.  The United States is the fourth largest gold producer in the world.  China is number one, followed by Australia and Russia.  In order to supplement the U.S. gold deficit 2012-2014, two years worth of domestic mine supply would be necessary: 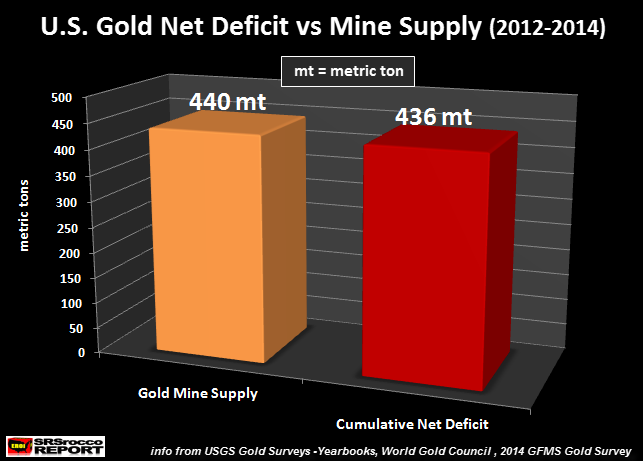 Unfortunately, the Eastern countries continue to import record amounts of gold while Americans hope and pray that their paper assets hold their value.  This is the reason we see the Fed and U.S. Treasury propping up the entire Bond & Stock Market.  Once the popping of the Great U.S. Ponzi System occurs, you can bet your bottom Silver Dollar that the safest assets to own are precious metals and not highly inflated $24.7 trillion U.S. Retirement Market.